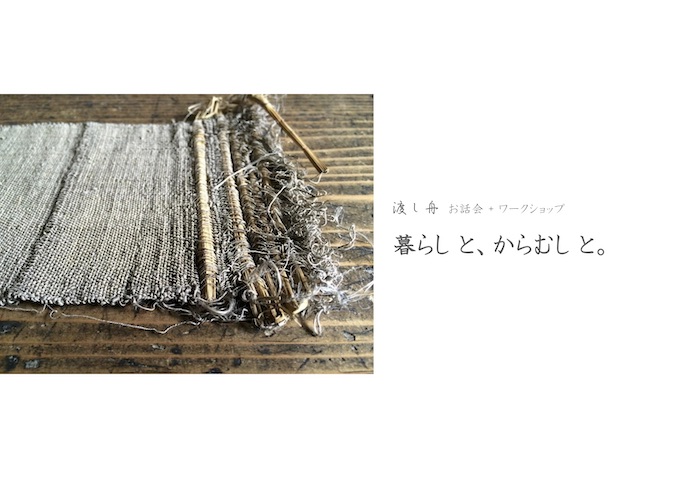 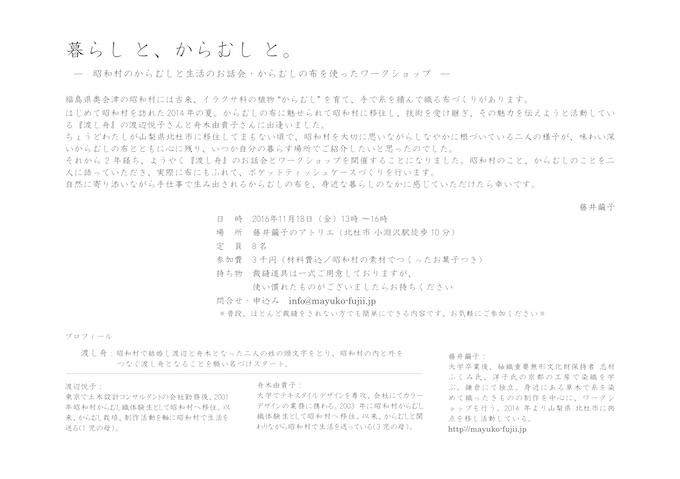 From ancient times, there is cloth making in Showa village where they grow “Karamushi” (false nettle) by themselves and spin the threads out of it by hand and weave.

It was a summer in 2014 when I first visited Showa village.
I met Etsuko WATANABE and Yukiko FUNAKI of “Watashifune” who were fascinated by Karamushi cloth, settled in Showa village, inherited the skills and were working on to convey its charm.
It was just after I moved to Hokuto-shi, Yamanashi Prefecture and the way they flexibly acclimatized to Showa village with caring thought remained in my heart together with profound Karamushi cloth, and I had thought that someday I would like to introduce it at the place I live.

Two years later, I’m finally going to host a chat session and a workshop with “Watashifune”.
The session will have the two ladies talk about Showa village and Karamushi and we will actually touch the cloth and make a pocket tissue case.
I hope that you will feel Karamushi cloth close in your life, which is produced by hand while staying close to nature.