We have moved forward from era of Heisei to Reiwa.

Among the series of touching ceremonies, I particularly gazed at the Emperor of Heisei wearing “Korozen-no-goho” during the Taiirei-Tojitsu-Kashikodokoro-Omae (one of the abdication ceremonies).
The colour of the traditional attire that only the Emperor can wear at an important ceremony, “Korozen”, is dyed with sumac (the cashew family) for yellow and sappan (native to the tropics) for red, mixing them together to dye refined and soft colour of reddish yellow.
Naturally, the colour varies to some degree from time to time, but I observed the “Korozen” this time was a noble colour with dignity, taking into account the background that it had been inherited for a long time.
It was the end and the beginning of the era where I could feel “Japanese tradition” and “inheriting”. 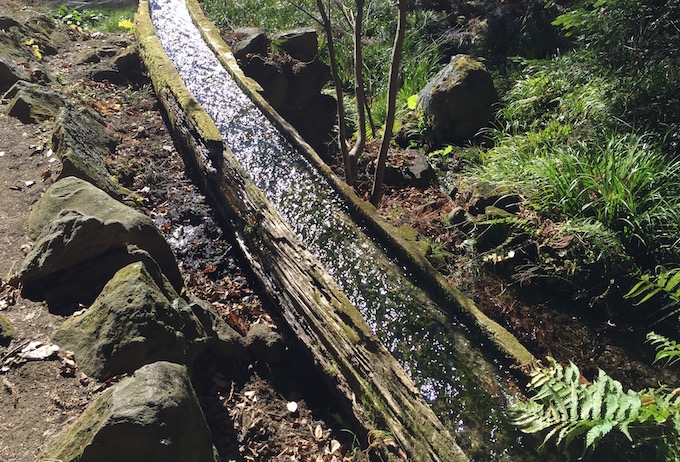 In the meanwhile, I have started to learn the tea ceremony again in this April.
I had thought that I couldn’t take time for the lesson, but I also had some regrets for quitting the tea ceremony lesson before, so with my 50 years old approaching, I thought it was my best timing to try it again.

I knew that a relative of my friend from childhood lived nearby but it was only early this year that I found that she was my tea mistress.
The tea mistress, 88, kindly said “I give you my tea lessons until I am 90. I will teach you as much as I can until then.” (I thought I would like to take her lessons as long as possible.)
She started to learn the tea ceremony when she was 14 and the way she moved was so natural. The time for the lesson on one-on-one is more valuable than I thought.

Although I started to learn the tea ceremony in my late 20s in Kyoto, the lessons gradually became a burden for me as I had no confidence in myself and my mind was too much occupied with my  own affairs, and I withdrew from it as I moved to Kamakura.
At that time, I felt pressured to remember the conduct of the tea ceremony but now I understand that there is a good reason for each movement.
And her teaching “Person who makes tea must also try to become one of the tools for making tea” was truly convincing.
To become one of tools and make beautiful textiles in built-up effort of effective and supple movement. That is my goal.

I think now is the right time for me to learn about the tea ceremony which crosses with my dye career.
A cup of green tea made during the lesson tastes good.